The Voodoo Threauxdown is back, a nationwide tour featuring some of the best music and legendary performers that New Orleans has to offer. Headlined by Trombone Shorty & Orleans Avenue and featuring a once-in-a-lifetime lineup: Tank and the Bangas, Big Freedia, George Porter, Jr. and Dumpstaphunk playing the music of The Meters, Cyril Neville the Uptown Ruler, and The Soul Rebels. All this at Cadence Bank Amphitheatre on Wednesday, June 22nd, 2022. Grab your tickets now, this is going to be the biggest Jazz explosion of the year, and the most fun you could ever have at a concert! 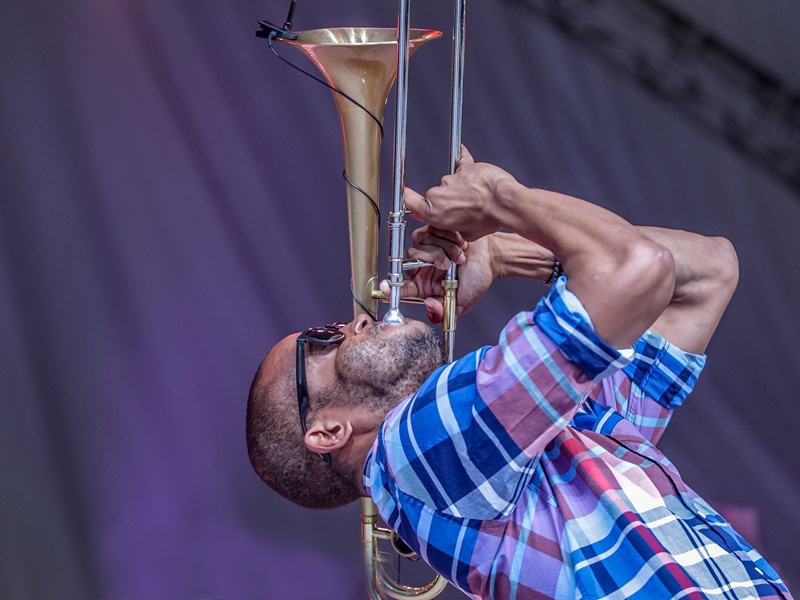 All the way from New Orleans, Louisiana, Troy Andrews, known by the stage name Trombone Shorty, is a musician, producer, actor, and philanthropist, best known as a trombone and trumpet player touring with his own band, Trombone Shorty & Orleans Avenue, and American Songwriter Magazine described them. “Take a handful of funk, add a pitcher of R&B, toss in some jazz, sprinkle a dusting of hip-hop, and sauté that gumbo under a sizzling New Orleans flame for a flavorful musical dish. It’s what the Crescent City’s Trombone Shorty has been serving up for the better part of two decades.”

This year, Andrews and his band released their first album of new music in five years, Lifted, featuring a much more energetic play style than his previous albums. “I had an idea for a new song right after a show,” says Andrews, “so the band and I decided to go straight into the studio and record it that night. We were still sweaty and buzzing from the energy of the gig, and we definitely carried that vibe into the session with us,” and “I think this is the closest we’ve ever gotten to bottling up the live show and putting it on a record.”