Robert Plant & Alison Krauss comes to Cadence Bank Amphitheatre on Thursday 16th June 2022 to celebrate their latest reunion. In 2021, they released “Raise the Roof” and a list of tour dates came with it. It has been almost 14 years since the iconic duo was last seen working on a project together. The tour is a refreshing sight for the duo’s fans, who have long been waiting for them to be back together. The tour begins on 1st June, and ticket demand is already rising. If you want to see them live again, make sure you get your tickets right now! 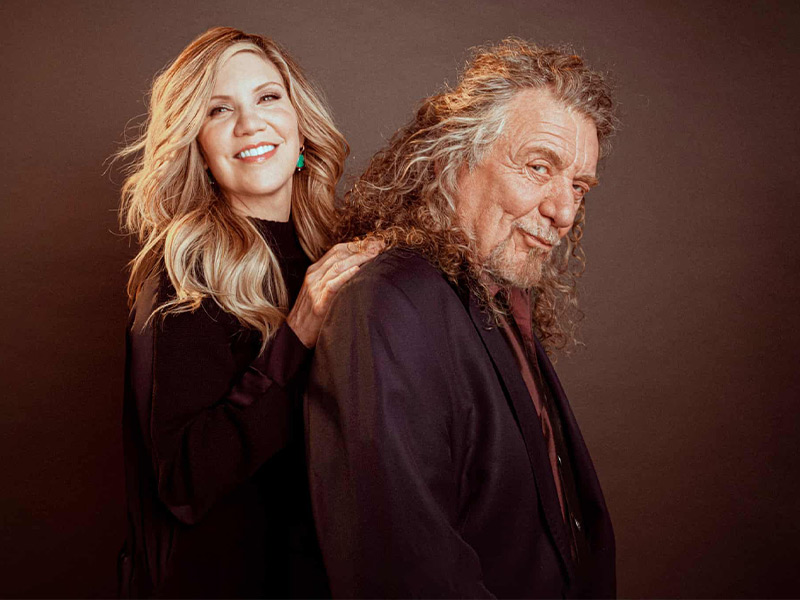 The return of Robert Plant & Alison Krauss was highly anticipated, and their announcement made quite a few rounds on Twitter. Their latest album, “Raise the Roof,” looks to be another masterpiece work with 12 new tracks and contributions from notable artists, including The Everly Brothers, Geeshie Wiley, Merle Haggard, Allen Toussaint, Anne Briggs, and many others. Krauss expressed great excitement about the album, stating that it’s a work aimed at moving people emotionally. She further added that it was an overall emotional moment for both of them to work together again, after so many memories. The album is also a reflection of their bond and harmony built over the years.
Similar to the album, their performances always move fans as well. There is a level of intimacy in their concerts that is unmatched. Fans have thoroughly enjoyed their performances, even when the duo has performed separately over the past several years. However, this will be a different moment altogether. The duo is coming back after fourteen years, and it is a lot of time. If you’re a fan of either one of them, you cannot afford to miss out on this occasion. Make sure you get your tickets on time because they will be sold out very soon!